Why I love Glasgow.

People are so friendly!

Yesterday (on only a bowl of cereal) I went out to rehearsals then headed out to the pub. Sunday is quiz night in our old local, so I got a bus around 8pm to the West End.

In the bus queue I asked an old(ish) man whether the bus drove along Great Western Road, as the timetable didn't tell me.

He replied that it did.

On the bus I headed to the back as I had 3 trumpets with me and there is usually more room there. The chap from the bus stop sat on the far side of the back seat.

When I looked over he asked how far along the road I needed to go, and remarked that he thought the bus drove all the way to the end. I replied (as I was a tiny bit pissed) that I was going to Hubbards pub. He then replied that he was going there too!

Arguing with the man over who was going to win must have helped as we came third! That is the highest we've ever come. Unfortunately the Westerners came second - so they beat us. They didn't win though, which was nice!
Posted by TopChamp at 2:21 pm 3 comments:

This week at Brownies we had Colin the policemen in to do some Crime Prevention Badge stuff with the Brownies.

It was cool! The girls had a great time. He brought goody bags for them - though we were thin on the ground this week and had plenty left over. The excess bags I took through to Guides as the contents were: a leaflet, a water bottle, a postcode pen and a ruler.

On to me: I'm fine. I've got a lot on at the moment and haven't felt inclined to chat much lately. This does not mean I'm unhappy - promise.

Tonight I think we're having a take-away (mmm..) and then tomorrow I get to play some brass 10-piece stuff which will be a lovely blast from the past!

Also: My boyfriends sister has just told us she is pregnant, so I have embarked upon a baby blanket for her. It's not the most fun knitting job I've ever done but I'm pleased with how it's going so far. Blue is ok for a girl as well as for a boy, right?
Posted by TopChamp at 5:29 pm 2 comments:

It started off so well. I went for a nice sunny walk to the dentists, where he told me (again) that there's nothing wrong with me.... Then I got home.

I have phoned them. I am waiting now for them to call back.

I have a headache now from grumping so much. Have to practise the trumpet now too even though my head and teeth are hurting which means the practise session is going to be rubbish. Ever the optimist x

Overall I've had an amazing day.
It started rockily with confirmation of some bad news about a good friend.

To avoid stewing over this we went for a drive into some of the most BEAUTIFUL scenery once again. 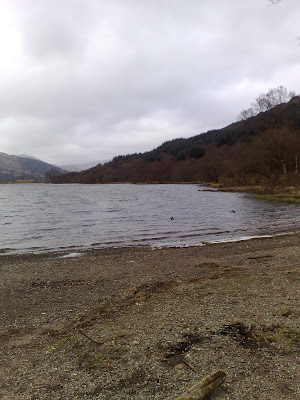 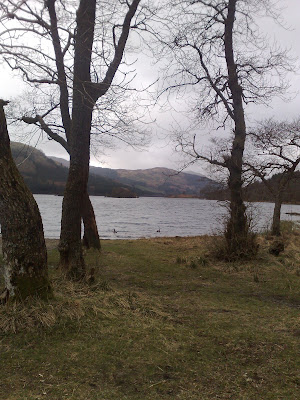 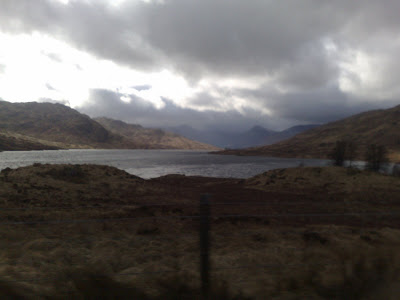 We then went to the supermarket to buy stuff for tea. I'm making garlic & rosemary roast lamb with parsnips, potatoes, carrots etc. On this trip I found GIANT GHERKINS! They're amazing. I am excited by this.
Anyway - hope you are having a good weekend x
Posted by TopChamp at 7:21 pm 6 comments:

I am a trumpet player.

This is not good. Trumpet players should not have dodgy gums because it scares them (me) and makes them think that their teeth might fall out.

Even though they (I) have been to the dentist who has said that it's caused by over-brushing or not flossing properly but that the teeth are firmly fixed in the bone so not to worry.
Posted by TopChamp at 8:18 am 4 comments:

I have had a great week. Brownies was good, teaching was fun, concerts were good.

I am happy and contented as I just had some scrambled eggs for breakfast and I don't have to work tonight as I had originally thought.

For comic relief (charity fighting poverty/sickness in africa and supporting kids in the UK) I baked some biscuits - raised £42.50 which I think is pretty good considering I had to make them at midnight because I've worked all day and night for a week or so. 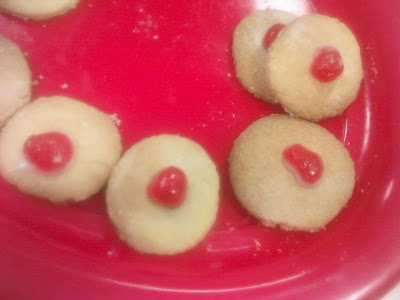 I am still a bit busy:

Today I had a school concert - so there was a rehearsal this afternoon (2 o'clock). It is also Brownie night, and we had arranged to go to plant trees locally.

This meant that I had to leave straight from the rehearsal and drive to Drumchapel woods.

In preparation for that I left early today and went to get some first aid stuff as the box needed updating and I couldn't be unprepared on an activity like this. I also bought Penguin biscuits and Capri Sun juice drinks for the kids.

A man called Terry met us and we walked up a hill really fast (because 8 year olds walk uphill as if it's flat ground... weirdos). I thought I was gonna puke at the top but we got a little break while the trees were brought up by the men from the Woodland group.

The girls were given gloves and shown how to dig using a spade properly. Safety was emphasised. They had already been split into pairs, so in their groups they went off with a spade to dig some well spaced out holes and plant some oak trees.

They LOVED it. We were lucky that the weather favoured us with sun.

One of the girls announced that 'This is the best Brownies ever!'. That makes it worthwhile. The others were very happy too, and they went home excited with the plan to visit the woods again for a guided walk soon.

Successful day!
Posted by TopChamp at 1:04 am 4 comments:

I've not really been socialising much of late as I've been working most nights. This is good because I love playing the trumpet. It doesn't leave me with a lot to tell you though.

Tomorrow I am going up North for a gig - which I'm quite looking forward to.

From Monday I have school concerts for most of the week, before heading up North again for another gig.

Hope all is well in the blogosphere. Just about to have a browse whilst swatting up on music for tomorrow.
Posted by TopChamp at 8:09 pm 3 comments:

I'm such a whinger!

We went to the pub quiz last night and it was brilliant. I had a great time even though we didn't win. We hadn't seen our friends for a few weeks so it was really good to catch up.

I have to write a letter to the parents today to arrange the woodland trip. We are giving them the chance to plant trees in the local award winning (I still think that's great!) woodland but as nights are still drawing in fairly early we need to do this after school.

Tomorrow I have a lunchtime concert and we're doing Welsh night at Brownies afterwards, so I was hoping to make some Welsh cakes but think I may struggle to do so. Otherwise I'll teach them some Welsh and we'll play Build A Dragon/Sheep... haven't decided which. Sheep could be funny if we had fuzzy foam bellies. I am getting more ambitious now - reign it in... unless we did it as a craft first......

Anyway - I must practise the trumpet now so I'll be off.
Posted by TopChamp at 11:39 am 6 comments:

In case there was any doubt in my mind about HOW tired I feel today I have just got all bleary eyed over nice comments on Dancing on Ice after wiping a tear away watching Ghost Whisperer earlier.

And now we have to go out as it's pub quiz night.

THANK YOU VINNY BOND OF THE COUCH

Many thanks for the Glasvegas CD. It is VERY cool as it's an American release special one that I couldn't get here AND is much better than I had expected from the singles.... I love it. WE love it (boyfriend too).