Well the first thing I haven't told you about was Brownie camp.  It was great!  We had sunshine all weekend - not a drop of rain.  That's a rarity round these parts.

On Friday night we arrived, did safety stuff, set up bedding (tents had been put up Thurs night by Guiders), had soup and roll, made pretty bags for crockery & cutlery (wish I had a photo) then wound down for bed.

They did not sleep.

On Sat we had a fun day with loads of Brownies, which I was co-ordinating, so I had some work to do for that.  I went to the tent at around 1am.  They were not sleeping but didn't spend too long making noise.  Then at 3am they got cold.  They hadn't brought the kit they were told to bring, so they were cold.

Now what I didn't know was that there were blankets in the Guide hut.  It seems this was mentioned by other Guiders but I think it must have been when I was having a meeting in Brownie House.

Oh well.  I just donated out all my kit and then shivered outside as I was sleeping in the porch.

Saturday - gave up trying to sleep at 6am.  Found another Guider setting up the shop in the Guide huts so popped round for a chat.  Went back to tents around 7.30am and left Brownies sleeping til they started to make noise of their own accord....at a fairly late 8am.

Had breakfast, tent inspections, then fun day.  Was great - deserves it's own post!

After the fun day we had rest hour.  I tried to get them to rest, as we had a campfire that night.  They did not.

Campfire came and our girls were knackered.  Gave them minor lecture about gratitude for efforts Guiders running campfire had put in.... oops.  Wasn't feeling sympathetic as they'd not slept and had had opportunity to!!

Sat night they went down MUCH more easily, though our Unit Helper who was trying to have an early night was still not impressed with the getting to sleep routine.  Both nights they had a story but night 2 I did it, and sat there til noise stopped (after making them repeat Brownie Promise and Law and pointing out that they had to sleep to keep that promise & law.  Swear you can make it fit ANY situation!!).

Sunday - I woke up feeling midges biting my face.  We were up, dressed, breakfassed and then down to Loch Lomond for some fishing before we returned, made some kites (REALLY good) then packed up properly and left them to play while we cleaned out our solid shelter before HOME time (not a moment too soon).

They had a great time.  We had one minor incident of home-sickness (which was from the youngest Brownie only) and no incidents of sickness sickness.

One girl told me it was her best camp EVER.  I stupidly asked how many camps she had attended... This was her first.  Still it was really nice to hear them saying they'd all had fun.
Posted by TopChamp at 6:41 am 4 comments:

I have been mega-busy but that's not really why I went quiet here.

I forgot to blog.

I clicked off my blog many times without really registering what website I was leaving.

Updates to follow.
Posted by TopChamp at 1:20 pm 2 comments: 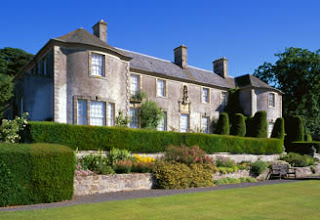 This weekend I played Girlguiding's Centenary Fanfare at the Scottish Annual Event.
It was a beautiful setting - I'll post a photo, though I didn't take many.  They made me pose for a whole load though, so I expect there'll be an official one somewhere.
Anyway it was a lovely day.  I felt a bit bad claiming expenses, but with a 150mile round trip I couldn't afford not to really.  They were getting my playing for free, and I arranged for the composer to write GG the fanfare... think I just talked myself out of feeling bad here! Ha.
Posted by TopChamp at 12:28 am 5 comments:

Why I went back to volunteering.

Simply - I missed it.

When I graduated college and had free time that wasn't in the pub I missed doing something for fun... for someone else... for free.

I played the last post one remembrance sunday and they had Brownies in their parade.  I got chatting to their Brown Owl and she took my phone number to pass on.  I then contacted Girlguiding through their website, but it was 2 years before anyone actually contacted me and I was put in touch with Guiders in my locality.  I hope they have improved this part of the recruitment of adults since then!
That was around 2004/5 I think.  .

I had looked around at other options too. I considered helping with old people - there's a charity in Glasgow that organises monthly tea parties for the elderly. They look for volunteers to host a party and volunteers to transport the elderly to and from the parties, as well as talk to them of course.  I quite like this idea.

So now I run a thriving Brownie unit in Glasgow.  This year we had a few issues as we were too big for our small hall, and we didn't have enough VOLUNTEERS to run a lot of the activities we would have liked to.

Don't imagine that we didn't still have a fun year.  We did... and we have achieved a lot this year despite these limitations.

However I have sent out an SOS asking for regular unit helpers.  Worth a try, right?  I also plan to speak to my Brownie boss to ask for more help.

I know in our division there are several units who still run with just 1 Guider so they'll get priority though whenever the next new leader happens along.
Posted by TopChamp at 7:20 am 2 comments:

I am organising a fun day on the 19th June for our division.

The only thing I am not responsible for is the buses and the numbers.  I am keeping out of it - I've provided my numbers to the people who volunteered to co-ordinate this bit.

However I have received about 400 emails over the last few days from the fundraising committee, chasing numbers and worrying about the numbers going.

Now I have no idea whether the concerns are justified.  I have 18 kids signed up, which I think is pretty good out of what is now a unit of 23.

However our DC has now called an emergency meeting next Weds night at 8pm.  I am working from 8-10pm and don't see why I should try to get out of work... surely they can be flexible with the meeting.

Usually I would let it go and send apologies, but I am co-ordinating this bloody thing... so SURELY I should be there??
Posted by TopChamp at 7:14 pm 3 comments:

This week is national volunteer week.

This morning they have highlighted the problems recruiting volunteers, and I thought I would just post a few reasons why I think it's important to volunteer, and how I benefit from my volunteering.

Why I started volunteering:
I first volunteered because it was a clause required to complete my Duke of Edinburgh awards.  I went through my Bronze, Silver and Gold awards at high school.

The first experience I had was helping at a local Mencap centre at their monthly youth club.  I was around 14 years old, and it was great!  I could see how much the adults appreciated the help of me and my friends which was rewarding and the service we were asked to do was just to play with the youth club members who were people of all ages with mental disabilities.  We played table tennis, made jigsaws, listened to jokes, talked to people... how easy is that?!  So easy to make other people happy.

After this I stuck with Brownies until I left home to go to music college.
Posted by TopChamp at 11:10 pm 3 comments: