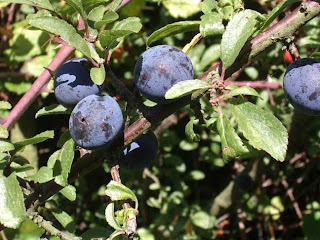 I love booze.
This weekend I went for a walk with my boyfriend as we stayed in Cumbria after some concerts in England and Wales.

We stumbled across some sloe bushes so collected as many berries as we could in the hope that we could go home to make us some sloe gin.

Anyhow - now I have to Google me a recipe, and get going. I bought the gin last night so am all set. I'll post about it when I know what I'm doing! (I'm quite excited.)
Posted by TopChamp at 5:11 pm 5 comments:

But I just can't work out Wordpress at all.

I might just sack blogging altogether. I can't read anyone on Blogspot's blogs most of the time, and I can't get into my own blog.

It's too random - you have to be able to blog when you have the time. I don't have the time to check back every couple of hours on the offchance that it might be working now.

Assuming this holds for more than 10 minutes, I'll be round to see you shortly.
Posted by TopChamp at 10:57 pm 6 comments:

I'm gonna start posting with this title when I have a cold, as I feel like I've been ill all year. I suspect that is not true - but with a big gig coming up the last thing I need is a chesty cough. If I do this I'll be able to tell for sure. Or maybe I should tag the posts.

Anyway - back to normal stuff.

At Brownies last night we made chocolate truffles using cream cheese, icing sugar and melted chocolate. It looked disgusting!!!!!!!!!! But tasted surprisingly alright. It didn't set properly so they went home with brown blobs on greaseproof paper, rather than rolled up truffle balls as I'd expected. I tried not to get too involved in this as I'm not well.

They seemed quite happy despite my lecturing them on good behaviour and brownie points (I'm really not feeling good and they weren't watching for the hand in the air thing - for any non-Brownies, when the Guider puts her hand up it means stop where you are right now and shut it). We also had a game of practising what you do when the hand goes up. One of them talked all 4 times we tried it so I made her sit at the side while we did songs. That was actually annoying as she's one of the best singers.

Anyway - it felt very hard work. I think they had fun though. Next week they're preparing for their promise and starting hostess badge as we normally get them through this one as part of their promise ceremony.
Posted by TopChamp at 7:44 am 12 comments:

If any of you are round and about in Swansea this Thursday the Scottish Trumpet Ensemble are playing in St Mary's Church at 7.30pm.
It promises to be a varied programme and definitely worth a look if you free.
As to me - I'm snivelling over the sad death of Marco on Neighbours. Think it's time for Brownies!!
Posted by TopChamp at 5:53 pm 2 comments:

What do you spend your Sunday morning doing?

Today I have to be at a rehearsal at half 10am. It finishes at half 11, and is taking place in a room above a brewery bar. The bar would open at 12.

This stupid thing won't let me on at any reasonable time of the day or night.... but apparently at 6am when I HAVE to go back to sleep as I've been up for 2 hours and have a really long scary day ahead it's available to use.

I have started a wordpress blog which I am quite confused by at the moment as you have to do layout stuff yourself. Much more of this and I'm gonna switch though.
Posted by TopChamp at 6:05 am 5 comments:

I want more hours in the day. I am not tired much at the moment but you can't practise the trumpet at 9pm in a flat in a city. So I want more daytime hours. Or a house in the middle of nowhere.

If I could do it my way I would practise on and off mixed in with all the other household things that need doing all day and all night.

I have a practise mute which I can use. It muffles me right down to under the level of the TV even but it isn't rewarding to play with. I suppose it will have to do.

Plan for Brownies tomorow: Jewellery making. I saw a craft somewhere where you rip paper into long thin triangles and wrap it round knitting needles to make beads. I'll let you know how it goes!
Posted by TopChamp at 9:03 pm 7 comments:

I was absolutely 100% flawless.

I arrived at the park for the wind band gig, waded through the mud, found the marquee... and the band had already finished and packed up.

I have been unable to get onto blogger - even to read your blogs - for a few days.

To make up for it I'll tell you everything in one go:

Tomorrow I have work then am playing with a Wind Band which I haven't done (other than kids ones) for a few years. Should be fun.

I am a tragic geek who stayed up late last night playing My Sims on the Wii. Sad. I am sorry. It was new - won't happen again.

For tea today we had pasta with a delicious sauce made from carrots, peppers, tomatoes and pork. Yum.

As you can see not much has happened!
Posted by TopChamp at 9:14 pm 5 comments:

I feel like I have so many balls in the air at the moment one of them has to drop.

I have Brownie stuff, gig stuff, teaching stuff. I always feel like this at the start of the year though - it'll calm down. Think it might be time to make myself a list.

Brownies last night was fun. We did an evening on friendship as I'm still trying to get used to all the new ones. (We had another sign up last night - overfull now). We put their names on each envelope and everyone has to write something nice about each person and put it in the envelope. They get to take the envelopes home full of nice things.

Note to anyone who does this: VET the comments. We didn't. I never imagined that anyone would put anything mean in the envelopes, but we got a couple of 'she is annoying's. We did it in sixes rather than as a whole group because I didn't want it to last all evening.

I printed teddy bear colouring in templates for the girls then gave them instructions for the colouring in like 'For the ears: If you have brothers (only) colour red, sisters only colour blue, both colour yellow, neither colour pink' etc. The idea of this is that at the end they will see how alike they are. We didn't quite finish this so we'll do that bit next week. We'll make a display out of them too.

Other than that we planned this term and played port/starboard. The old Brownies knew about it already and have always enjoyed it, and the new ones thought it was great.
Posted by TopChamp at 10:11 pm 6 comments:

Oh My God - I looked further and found another ten or so versions people have made in response to this advert. People are nuts!!!

Anndi you're an inspiration! 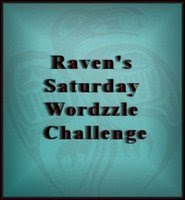 This was so much fun! I know it's shocking - I am sorry to all those of you who can actually write properly but this made me laugh a LOT.

The words: toad stool, liquid lunch, Jurassic Park, counting sheep, manacles,
Nonsense... Clearly, By TC (I'm no poet, thought I'd show it!!!)
The Animals in manacles,
perch on toadstools next to whirlpools,
Drinking liquid lunch made from melon chunks,
Painting modern Art, in Jurassic Park,
Before counting sheep as they try to sleep.
Posted by TopChamp at 11:09 am 7 comments:

AND THE FUN STOPS

We were planning to spend this weekend with friends down South. However they're ill - so we're in Glasgow still... and I have a mountain of work to do.

The first job is to copy and post some accompaniments for some gigs we have coming up in Wales & England. It's taken me most of the day to get our new scanner sorted out and to get the music scanned in. I can't post originals as I have 3 different organists to post the stuff to and only 1 set of originals (obviously).

I suppose I had better get on with it.
Posted by TopChamp at 10:01 pm 4 comments:

We went to see The Dodos supported by Euros Childs and Beerjacket on Wednesday.

It was very good - You'd have liked it. So I've youtubed it and here you can see a bit of what we saw:

I have been drinking too much lately.

It's bad - my mouth hurts now after I brushed my teeth vigorously a few days ago - it always mucks my gums up.
Posted by TopChamp at 9:24 pm 2 comments:

They are a mixed bunch. One of them is tiny - and very cute! One is a fighter - she broke a guide's hand kicking last year whilst at Rainbows. Tonight she kicked another Brownie (who kicked her back). I told her that it was not acceptable behaviour and that if it happened again I would speak to her parents (hence the tears). The majority of them are VERY confident little girls, which is good.. but very noisy, which could be good or bad.

We had fun. We made name badges (coz I have so many new ones) with stickers and felt tips. We had a pow wow (they sit in a circle and we discuss anything that needs to be said). We appointed sixers and told the girls their sixes. We played some games. Then Brownie Bells and home time. It went quite quickly. It wasn't the smoothest evening ever, but it was ok and I'm sure we'll get the hang of the bigger group soon enough.
Posted by TopChamp at 9:15 pm 6 comments:

I was looking forward to it yesterday. Today, not so much.
Posted by TopChamp at 9:29 am 3 comments:

For the originator, head over to see Mo. For my post, scroll down a wee bit please.
Posted by TopChamp at 2:23 pm 1 comment:

Can you guess what happened? 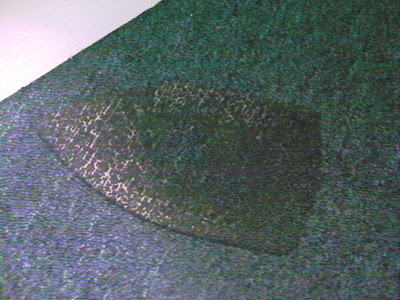